Be thankful, even when you are injured

With the US Thanksgiving festivities yesterday, I was, yet again, reminded to be thankful for the things I have. Good family, good friends, good fitness and a job that doesn't feel like work being among them. It is easy to forget what you have, when dealing with the daily stress that comes with just living. Being late for an appointment can seem like the end of the world, missing a workout can make you frustrated, living in a freezing cold place like Toronto can make you wish you were born in southern California. It doesn't do any good to dwell on these details, and yet, I and most people do.

It has been an incredibly frustrating fall season with my training, in particular. With so much to balance, I expected my training time to decrease significantly in November. I was OK with this. I was going to cut back on cycling and swimming in favour of a bit more running. Running takes the least amount of time up for training compared to the other sports (especially when you have a treadmill in your bedroom) so this was expected to work out well. Adam laid out a training plan that looked perfect. I set out a few run specific goals that I wanted to hit in the spring. This was all great on paper, but when I actually started to execute the plan, the hamstring injury that had been nagging at me since after Mont Tremblant came back in full force. I got through my first two weeks of base running, had a decent run test and was feeling pretty good until the third week of training. In that third week I did a set of intervals and, while I felt OK during the set, it was clear afterwards that there was an issue. It hurt to straighten my leg when walking or running, right at the sit bone. While all the self-tests I did for proximal hamstring tendonitis were negative, I still worried. I started seeing my Chiropractor, Bill Wells, and he said I have an enthesopathy of the hamstring attachment. Basically, there is damage to the entheses which is where the hamstring tendons attach to the sit bone/ishial tuberosity. 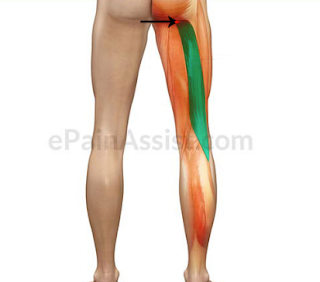 Bill treated me with a lot of ART and that seemed to fix things. However, after a run the symptoms would come back. After an unending cycle of me running, hurting, Bill fixing me, me running, hurting, Bill fixing me, etc. I decided that enough was enough. My running goals would have to be put on hold until I was over this injury. It has been almost one week since my last run, I've been doing a lot of eccentric hamstring strengthening exercises, getting treatment from Bill, focused more on swimming and cycling because that's completely pain-free and I have an ultrasound booked for Monday to determine how bad this injury is. So, I am thankful that I am able to be proactive about this, that I am swimming really well (2 sets of 4x200 in 2:45 on Wednesday!) and can ride my bike a lot!

If you are interested, below is my core and glute strengthening routine, that I complete 3 times a week, with hamstring exercises added: 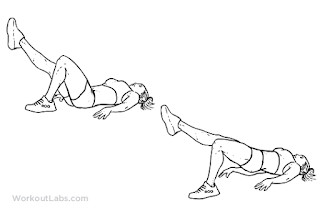 5. 3x8 hamstring lifts with focus on the lowering/eccentric component 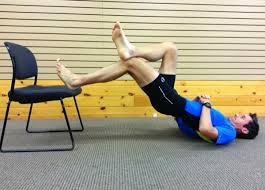 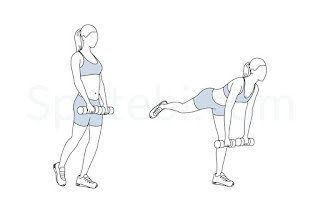 8. 3x25 theraband side walks per side 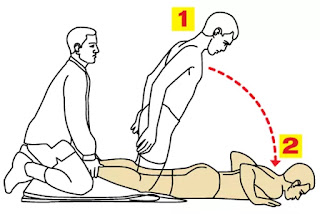 Just a short post about where things are at...

It's been just over 3 weeks since I finished off my 2017 triathlon season at Ironman Louisville. The race went fairly well, with a solid swim, a strong bike, which followed with a bit of a collapse on the run. The same theme that has plagued all of my long distance racing this season. Not that my running has been terrible, it has just not been at the level that it has been at before and the level that I believe I am capable of. Nonetheless, I finished 13th female pro. My race season this past year (from June to October) consisted of 2 Olympic distance races, 2 Long Course races, 2 half-Ironmans and 2 Ironmans. And it was largely a success. Highlights included being the Multisport Triathlon Series Elite winner, Ontario Provincial Long Course Champ and Elite Long Course Triathlete of the year. This past summer was also one of the most stressful of my life, with lots of other obstacles unrelated to triathlon to overcome. But, I persisted through it all, knowing that triathlon is what I love and nothing (and no one) can stand in the way of me doing what I love. 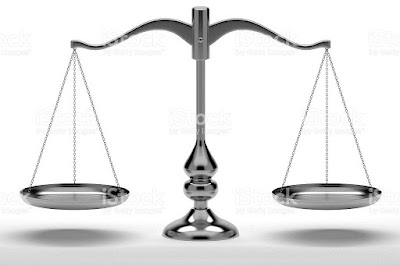 The next step in my triathlon journey is to try to find the best balance between training, recovery, work, family and everything else. This past summer I tried to do too much of everything. This may have worked out ok in the short term, but I know it won't in the long term. So, I've decided to take a step back from long course racing in 2018. This will allow me more time to work on my running and allow a bit more time for rest, since I won't be cramming in long rides in the morning before I am on my feet for 5hrs or more. While I'm not thrilled about the fact that I won't get to race an Ironman next year, I do believe that this will help me in the long term. Tim Hurson said "We tend to overestimate what we can do in the short term and underestimate what we can do in the long term." If this is true, then I hope that by focusing on the long term and not trying to achieve too much in the near future, I can achieve my goals. If this plan doesn't make me a better triathlete, it will definitely make for a better balanced life.

I will try to post a bit more regularly about how I am going about finding this more balanced life.