What's so great about a cycling studio, anyway? Post 2

You may wonder what's so great about going to ride at a cycling studio. I get where this thinking comes from. Firstly, inside is not nearly as much fun at riding outside. Secondly, why pay the money when you can ride your trainer at home? With software like Zwift and TrainerRoad at your disposal for a minimal fee, isn't that enough? Thirdly, you can even be competitive with other athletes in your own home on your trainer by using Strava. So, what is the point of going to ride at a cycling studio? Well, I will have several blog posts to tell you:

2. You will be an inspiration for someone. 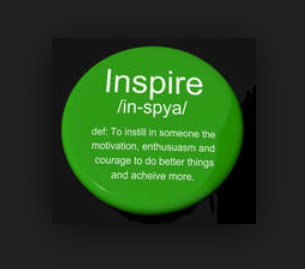 You may not realize it, but there will be someone in your cycling class who looks up to you. It doesn't matter if you are a beginner, advanced or if you considered yourself just an average athlete. At WattsUp (and likely all cycling studios), everyone who has walked through the doors has had something about themselves that I have found inspiring. I recall an athlete who rode an inexpensive bike and wore a cotton shirt to cycle in. She showed up twice a week and worked very very hard. It didn’t matter what her power numbers were. She was an inspiration. I remember seeing an athlete push almost 370W in a 20 minute time trial, when his previous best was closer to 320W. He was an inspiration. Then there was the athlete that started off timid and shy about her cycling and became confident and proud. She was an inspiration.

The point is, outside you can’t inspire other cyclists who aren’t of your same ability (at least not to the same extent). You can't inspire others if you are cycling alone in your basement. Sure, your numbers might show up online along side other people’s numbers. But no one can see the human personality behind those numbers. They see a 140W FTP or a 300W FTP and that’s it. They don’t see the sweat and tears that may have gone into those numbers, which may have been equal for both. In the cycling studio, you aren’t just a number. Your personality matters too. And it’s that combination that people will see. You will matter more in a cycling studio.

And what happens when you inspire someone? You motivate them to continue cycling, they then motivate others, and the sport grows.

1. The owners of the cycling studios care about you! Click here.

Posted by Miranda Tomenson at 4:12 PM